White Rabbit Advertising | Where is Your Audience?
3435
post-template-default,single,single-post,postid-3435,single-format-standard,edgt-core-1.0.1,ajax_fade,page_not_loaded,,hudson-ver-2.2, vertical_menu_with_scroll,smooth_scroll,overlapping_content,animate_overlapping_content,frame_around_overlapping_content,grid_1000,blog_installed,wpb-js-composer js-comp-ver-5.5.4,vc_responsive

Where is Your Audience?

Where is Your Audience?

One of the most important (and basic) rules of advertising and finding out where your audience lives. What are they watching, what are they listening to, what are they reading, and when. Next comes how can you reach them there?

The post-modern digital landscape has created a pretty splintered world. We don’t just have Television, we have TV and OTT and digital Television. We don’t just have radio, we have several digital radio services and podcasts. There’s not just a newspaper now, but millions of websites to read news and information on. Not to mention social media and how many apps there are there. On the positive side digital media makes tracking your future customer’s online activity more accurate!

So where are they spending their time online? If your audience is teens, they’re on Snapchat. (According to Statista. ) 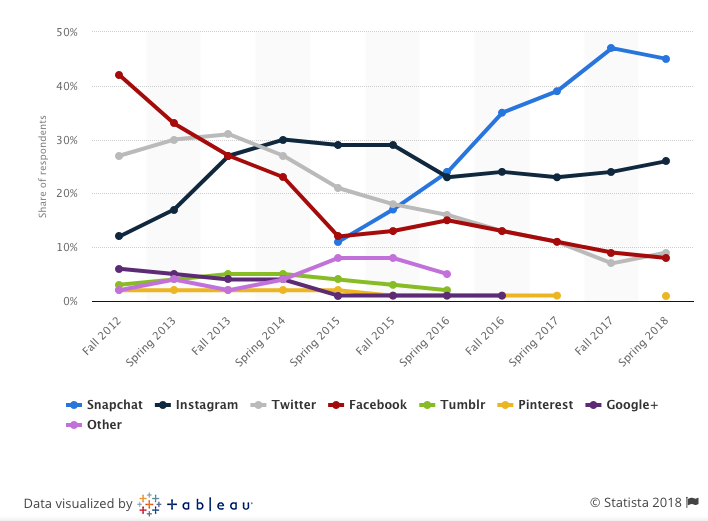 Other than teens, Facebook dominates the demographic landscape in the US. If your audience is Adults, nearly 80% are spending time on Facebook. No matter how many charts I looked at, or how I pulled the data, Facebook was the absolute behemoth. Facebook has over 2 billion users.

The closest second (also owned by FB) is Instagram, which just reached over 1 billion users.

The growth of Instagram is noteworthy, however, and I have to say my personal opinion is that Instagram does a better job of utilizing social media influencers. Just my humble opinion.

So how much time is your primary demographic on social networks? Again, here is where Facebook shows its domination. This data is provided by Comscore. Check out the graph below:

How Much Time Adults are Spending on Social Media

Are you marketing on social media? Are you spending your dollars in the right place?